In the Homeric Hymn to Hermes (see below), at the ripe age of two months, Hermes, or, Mercury, as he was known to the Roman, stole the scared cattle herd of his illustrious and unvigilant brother Apollo. Of course he was caught and when he was confronted by his father Zeus, Mercury was true to his nature as the god of thieves and liars, and lied his way out of trouble by telling and entertaining and engaging story.

However, Apollo, being the god of the Sun, could see through his mercurial brother and demanded his herd be returned. Mercury could not wrangle the cows back to his brother’s keep. Some believe it was not lack of will as much as the fact that the tasty cows have been barbequed the night before.

Mercury with his infinite infant charm, came up with a barging solution that appeased his radiant brother. He gave his older brother the lyre that he just invented. Apollo was so pleased with the musical gadget that he declared himself the god of music and since he was in a good and generous mood, he in return, gave Mercury, the caduceus, symbol of healing.

From this small tale we learn that Mercury is not only the god of liars, thieves, traders and skewed deals, it is also the god of healthcare. That could be another reason why the healthcare debate was so mercurial and why lies and fabricated stories such as “death panels,” surfaced in the media.

Also, pay attention next time you see an ambulance, on the back door you will most likely see Mercury’s staff, the Caduceus, which he received from his brother.

From August 20th until September 13th, Mercury is retrograding, which means that from someone standing on earth looking at the sky, Mercury appears to be retrograding. Astrologically speaking, aspects that are associated with Mercury tend to go “retro” on us, in other words, they might not work as well. Since Mercury was also known as the trickster, when Mercury is retrograding, you can expect the unexpected, wild synchronicities, slips of tongue, and a great deal of misunderstandings.

A good example illustrating the cunning of Mercury retrograde I read a story by Brett Michael Dykes picture that was taken on August 24th, in front of the Wisconsin State Capital. At first glance, the digital rendering of the family on vacation looks normal. 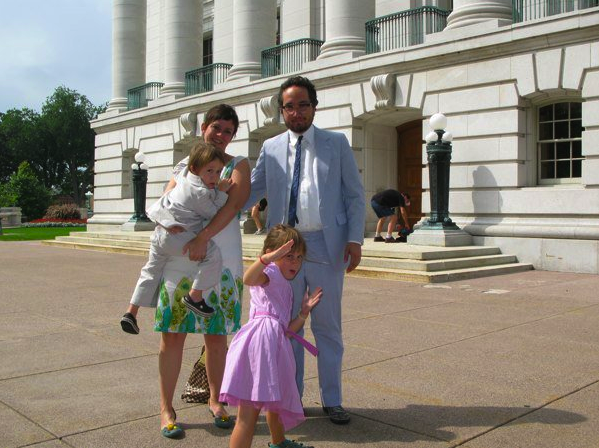 While Mercury is the god of thieves, when the planet retrogrades, it causes glitches and problems indiscriminately, which in the case of the thief who got caught by the family snapshot, led to his arrest. Using the picture, the police could immediately “zoom in” on the thief and within a few hours put him behind bars and retrieved (as in retrograde) their bag with wallet, cash, credit cards, hotel keys, rental car keys, and an iPad. 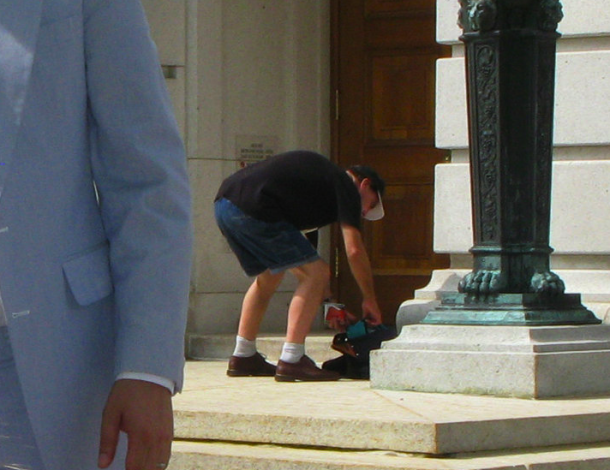 Another interesting Mercury retrograde story is the “coming out” of Ken Mehlman, former Republican National Committee chairman’s, who was instrumental in getting President Bush elected to his second term. He was a vocal part of Carl Rove’s scheme to mobilize conservative voters by bringing gay marriages into the spotlight and away from John Kerry. Mehlman is the highest ranking Republican to come out of the closet, thus far, and used mercury in retrograde end a lifelong lie and regain his wholeness. I am sure he will be able to live a happier more fulfilled life. And as a Republican, he now has the chance to help his party embrace, both legally and emotionally, same sex marriage.

Mercury Retrograde in the News:

The official end of combat operation return of the US troupes from Iraq, while it is true that there will be 50,000 left, it still a great achievement for a planet in retrograde.

On April 20th 2010, when Mercury was retrograde in Taurus the BP rig exploded, resulting in a leak of about 206 million gallons of oil. On Sep 2nd, also in Mercury retrograde, another offshore petroleum platform exploded in the Gulf Coast. Technological glitches happening in the deep sea can have dire consequences.

The Palestinians and Israelis sit face to face on September 2nd. Starting peace talk on Mercury retrograde? Hmm…you know what? Who knows, maybe mercury is going to confuse the negotiators to the point where they might actually like each other. In that case, a blessing of the trickster in disguise, we might enjoy peace on earth in our lifetime. Amen. *Homeric

“…For then she bare a son (Hermes or Mercury), of many shifts, blandly cunning, a robber, a cattle driver, a bringer of dreams, a watcher by night, a thief at the gates, one who was soon to show forth wonderful deeds among the deathless gods. Born with the dawning, at mid-day he played on the lyre, and in the evening he stole the cattle of far-shooting Apollo on the fourth day of the month; for on that day queenly Maia bare him. So soon as he had leaped from his mother's heavenly womb, he lay not long waiting in his holy cradle, but he sprang up and sought the oxen of Apollo…”